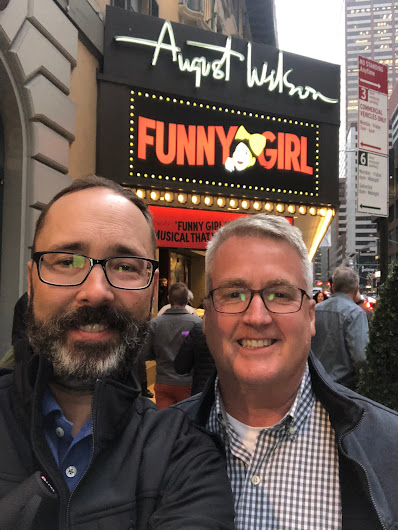 Shane and I went to New York City Tuesday for a quick, last-minute 2 night stay. We got tickets to see the revival of 'Funny Girl' with Beanie Feldstein and Jane Lynch. We had a pretty good time. The first act is definitely much better than the second. From the time we bought our tickets to the time we actually saw the show, the show officially opened and the reviews came out.  They were mostly not great. I agreed pretty much with the Times review. The problem with the show isn't that it doesn't star the original Funny Girl (Barbra), but that the plot of the show is VERY dated. Anyway... it was fun and it has been a long time since there was anything on Broadway I wanted to see.

Yesterday we walked around Greenwich Village and had a late breakfast at a diner there. I gorged myself on pancakes, scrambled eggs, bacon, and sausage. It was so good. Later last night we celebrated our 24th anniversary a bit early by having dinner at Chez Josephines in Mid-Town. It's a great restaurant with naked pics of Josephine Baker all over the place. They have a pianist playing dinner music and delicious food. We shared a bottle of wine. Shane had a steak and I had the grilled salmon. For dessert we split the chocolate mousse cake. It came out with "Happy Anniversary" written on the plate along with a lit candle.

After dinner, we met up with one of my nieces who lives in NYC, and sang the night away at a piano bar in the Village... Marie's Crisis is the name of the club and it is a lot of fun if you like show tunes... which I do. It was a fun (but oh so pricey) short trip. 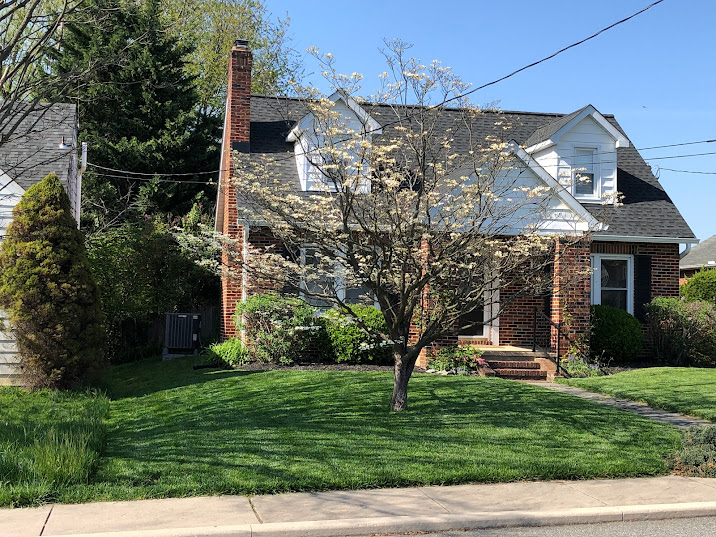 It isn't even May yet and yesterday I mowed our lawn for the third time this year. As you might notice, our neighbors have yet to mow their lawn. We've lived at this house in Rising Sun, MD, full time for nearly a year now. Soon, we'll be headed back to Maine. Last year, we sold our house in Stonington and bought a new place in Deer Isle, which is very near the old place.  Tomorrow, we're doing a short trip to NYC to see a show (Funny Girl) and celebrate our anniversary a bit early. This weekend, we'll be going to see a local production of the Tony-winning musical, Fun Home, and to see the Orioles play the Red Sox.
at April 25, 2022 1 comment:
Email ThisBlogThis!Share to TwitterShare to FacebookShare to Pinterest

Hopefully, 2021 is better than 2020. Hopefully, the survival rate is better than on the USS Poseidon. Spoiler alert: Shelley Winters doesn't make it.
at January 01, 2021 8 comments:
Email ThisBlogThis!Share to TwitterShare to FacebookShare to Pinterest
Older Posts Home
Subscribe to: Posts (Atom)

BlogMarkBlog
Welcome to my blog; a record of what's going on in my life. It is what it is 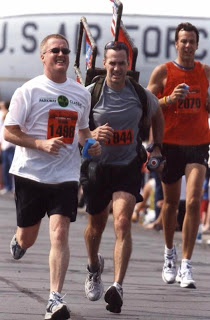 My Other Old Blog